The law in relation to sexual offences has changed dramatically in recent years. In the old days, the law of “consent” was relatively simple, and a person may have been successful in arguing “implied consent”. This is no longer the case. The law of consent has evolved to a fairly sophisticated degree, which makes the need for a highly skilled lawyer extremely important, as you will need to have asked on your behalf numerous questions of the complainant which may advance a proper defence.

As a result of the Jian Ghomeshi acquittal on March 24, 2016, and some uninformed judicial rulings on sensitive sex cases after that, Parliament made numerous broad sweeping amendments to the Criminal Code to make it easier for a prosecutor to obtain convictions on sex assault cases. There were also some public campaigns encouraging victims to come forward and to encourage believing persons complaining of being a victim to a sexual assault. Some Criminal Code changes relate to a new obligation on an accused to disclose to the prosecutor prior to trial any emails or other communication between accused and complainant that might afford them a defence; otherwise the accused can’t use that evidence at trial. Some changes give the right to a complainant to have a lawyer for parts of the trial. A prosecutor can also now take away your right to a jury trial and still ask for a jail sentence up to two years. Some of the new laws have been ruled by the courts to be unconstitutional. Sexual assault law, along with Impaired Driving law, are some of the most heavily litigated and contentious areas of law.

The law in relation to possession of child pornography has also evolved to a high degree in recent years, which is resulted in the prosecution of these offences being carried out by specialized branches of the public prosecutions Department. It is especially important for anyone charged with possession of child pornography to have the assistance of skilled defence counsel with experience in this specific area. Penalties in this area have increased in recent years, and the conviction carries with it registration as a sex offender and prohibition orders from attending numerous places and special provisions with respect to communicating with children and being in places where children are expected to be present. 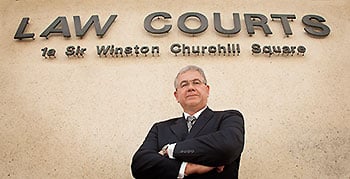 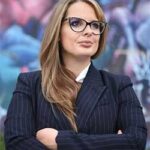 Ms. Kirby is ready and available to give you professional and skilled representation in any criminal matter, child protection or related legal areas. Click to see her biography.

Charged With an Offence