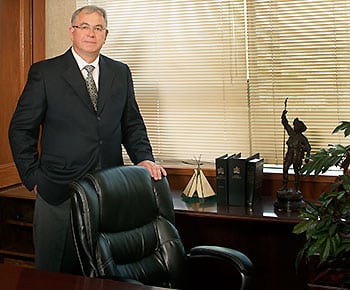 Mr. Chartrand practiced in Northern Manitoba for 11 years, returning to Winnipeg in 1995 where he practiced until 2008 when he moved to Alberta working for Alberta Justice as a Crown Prosecutor for four years. In August 2012, Mr. Chartrand resurrected “Chartrand Law Office” and has operated a small law firm in Edmonton since then.

Mr. Chartrand has practiced criminal law for 35 years, and has taken constitutional and Aboriginal rights cases for argument in the Supreme Court of Canada on four occasions. Mr. Chartrand has argued numerous appeals both in the Court of Queen’s Bench and before Courts of Appeal, both in Manitoba and in Alberta, including the Federal Court Trial Division and the Federal Court of Appeal.

Mr. Chartrand had humble beginnings for his private law practice. He opened the first of his law office locations near the Saskatchewan River on Larose Avenue in The Pas, Manitoba in a former fish packing shed converted to office space. 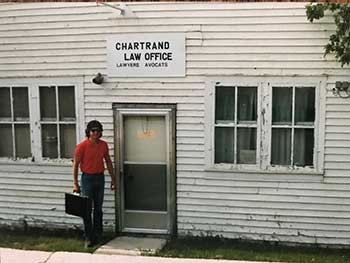 [Charged With an Offence]